After A Shaky Start, Non-QM Still Looks Relatively Strong for 2022 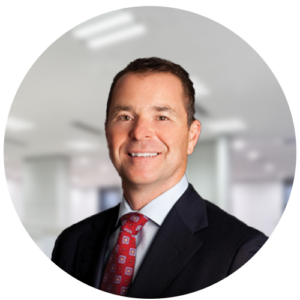 Doesn’t it seem like every time the non-QM market is hitting its stride, there’s a hiccup?  While most observers still expect that 2022 will be relatively strong for non-QM overall, originations and subsequently, securitizations, have gotten off to a somewhat tentative start in Q1.

The weakness began in Q4 last year, when a faster-than-expected run up in interest rates negatively impacted non-QM loans and non-agency pricing. Faced with unattractive, deeply-discounted bids, originators and aggregators held onto loans, derailing a number of planned securitizations.

Non-agency MBS issuance did recover in Q1 thanks in part to a jump in extended credit MBS issuance, according to Inside Non-Conforming Markets. January through March issuances of non-QM and non-agency collateral posted a 38% increase from year-end 2021, bringing the overall non-MBS market up to Q4’s level.

From our perspective as a leading due diligence provider, this is playing out two ways in the market. First, although spreads are widening, the volume of core non-QM originations, essentially all expanded credit collateral, continues to increase methodically. The vacuum created by the Q4 pause in non-QM originations seems to be nearing the end of its anticipated six- to eight-week run. April numbers will tell. Second, while prime jumbo and non-agency loans continue to face headwinds, in late Q1 we saw an increase in demand for us to review non-owner-occupied agency loans, second homes and investor properties. We’ll see if this holds up through Q2.

Bullish on the rest of the year

Even after the slower Q1 start, most observers are expecting 2022 to be a better year than 2020 and to come close to 2021’s record levels. BofA Securities recently released its forecast for gross residential mortgage-backed securities issuance this year, which in addition to pure non-QM, includes single-family rental, jumbo and business purpose (fix-and-flip) loans as well as securitized government-sponsored enterprise credit risk transfers, etc. Overall issuance, according to BofA, should come in at approximately $190 billion this year, down from 2021’s $202 billion.

This tracks with what we have been hearing but not yet seeing in the market. As we’ve noted, at the end of last year, some deals were cancelled and at least one large player changed its issuance schedule from a monthly deal to quarterly. But in mid-March, the conversations have gotten more creative and more bullish, and clients are again ramping up for transactions that will hit the market in late Q2.

And while there is justified confidence in the market, it’s worth noting a significant escalation of the crisis in Ukraine and/or an unexpected tightening by the Fed to counter inflation could change this outcome. Overall, it will be interesting to see how the market shapes up over the next few weeks.